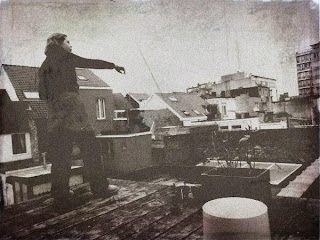 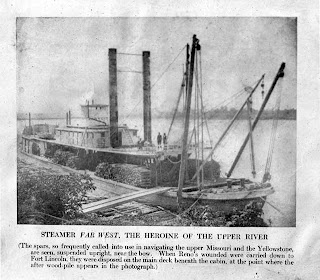 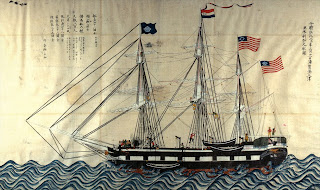 I was looking for some information about the Essex,
the whaleship who was attacked and sunk by a
sperm whale in the Pacific Ocean in 1820.
Herman Melville based his novel 'Moby-Dick'
on this incident but the real story is even more
horrible, look here too.
The Essex was a normal whaling ship of the early
1800s; it was 26m long and had 3masts; it also
carried five smaller whaling boats.
The drawing on the top comes from the notebook
of Thomas Nickerson, the cabin boy of the Essex;
his account was found in the 1960s and is called:
The Loss of the Ship Essex Sunk by a Whale and
the Ordeal of the Crew in Open Boats.
The writing below the drawing says:
"Here lay our beautiful ship, a floating and dismal
wreck"
It's gonna be difficult for me to offer a nice story for
the Age of Discovery project; could be I'll make one
with an happy ending for both the whale and the ship :-)
The second photo is me on my 'deck'.
I could have said something like "There might be
a sea over there, behind those buildings" but I
didn't, it was my sister who came up with that idea.
I aged the photo here, found via Fine Little Day.
The beautiful Japanese watercolor of a whaler comes from here.
The press cutting is the Far West, that's not a whaler,
but I liked the photo.
Good Night and Sweet Dreams!