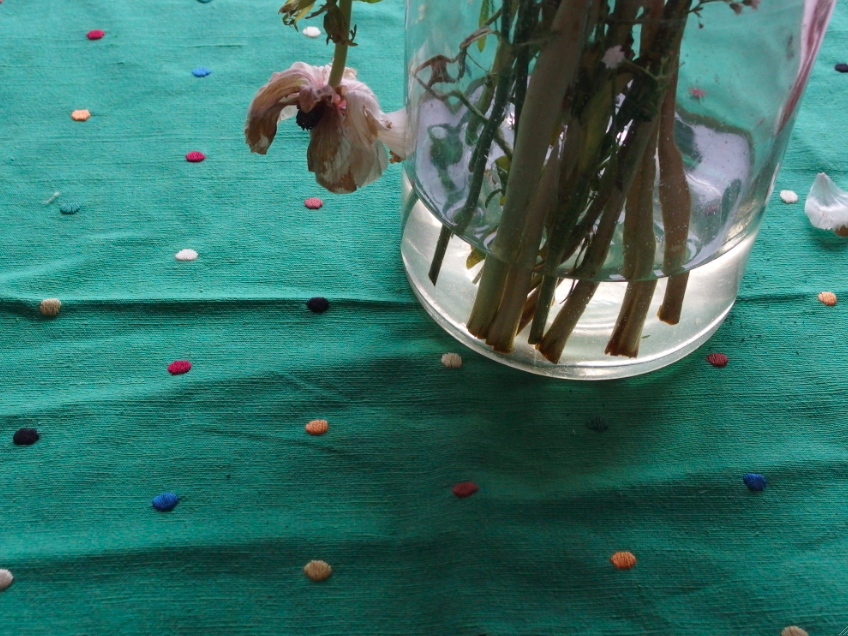 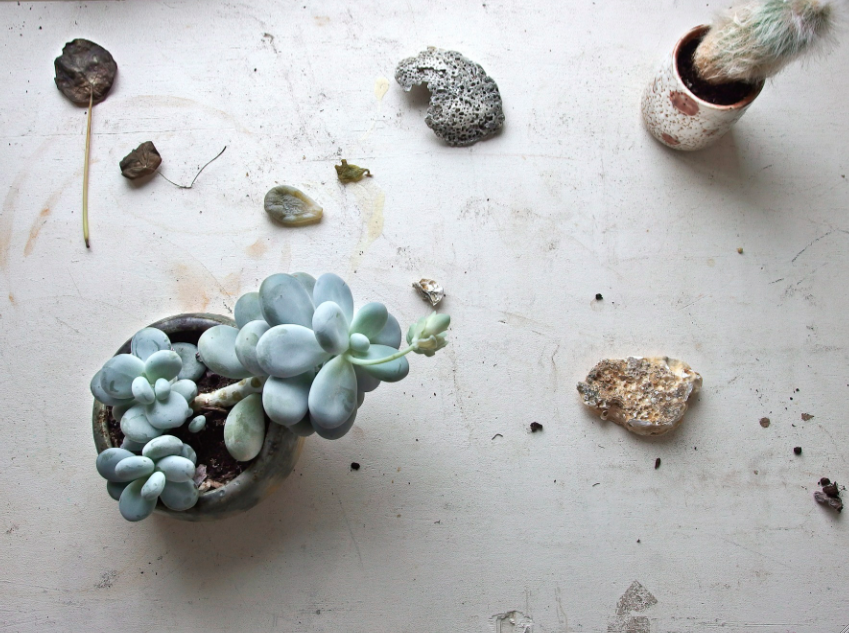 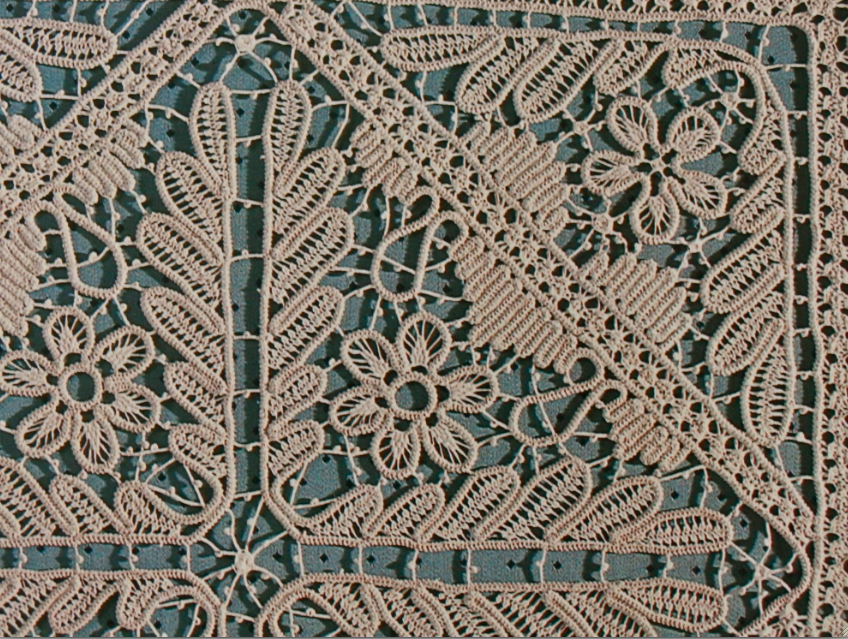 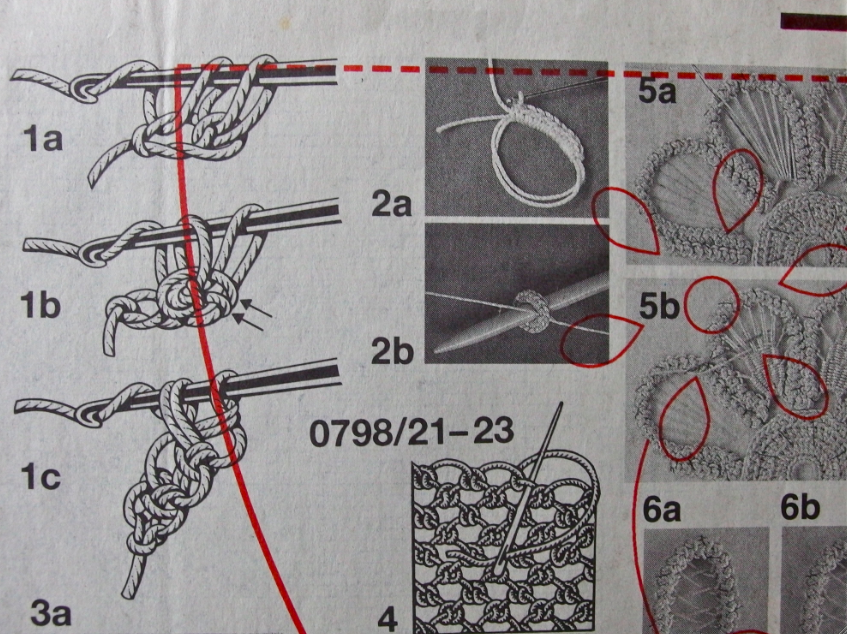 I wanted to show you these images for I have only seen this technique once, namely in Anna, a craft magazine that my mom bought regularly in the nineties;
the technique is called macrame crochet, but is has nothing to do with macrame actually
the outlines of the figures are crocheted and the padding is some kind of needle lace, but with fairly thick thread
in the picture below you can see two examples of such string; I had made more but couln't find them today, so I will show them in another post together with my first attempt to fill in a figure, but don't expect too much! 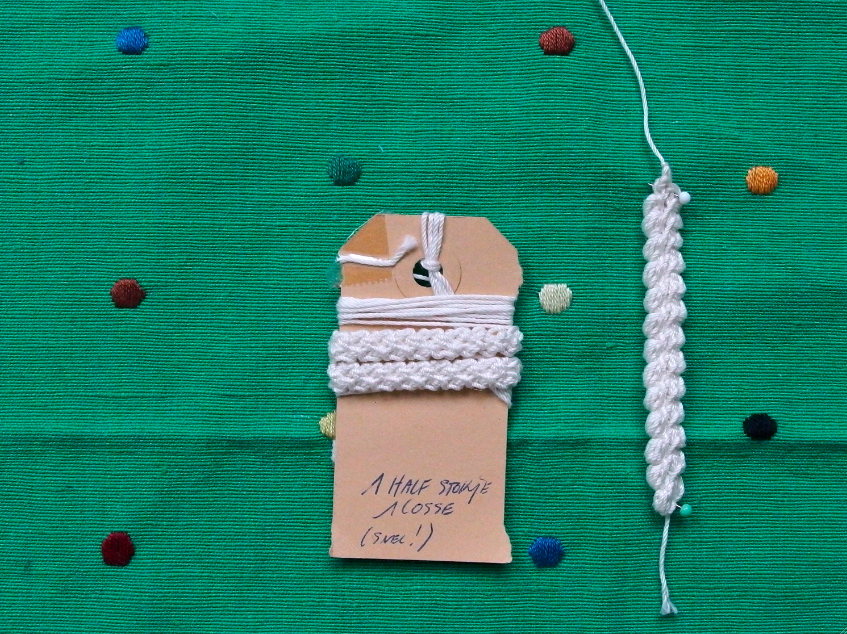 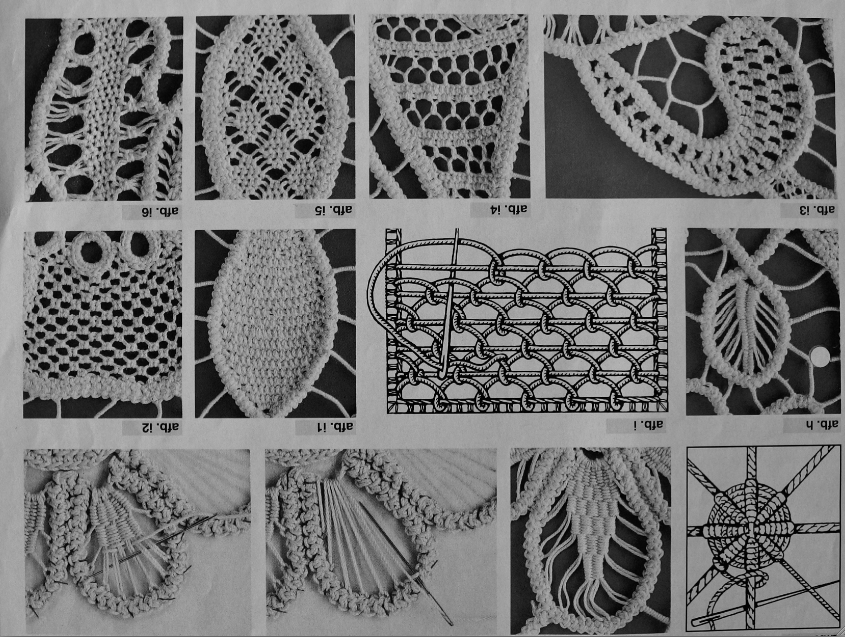 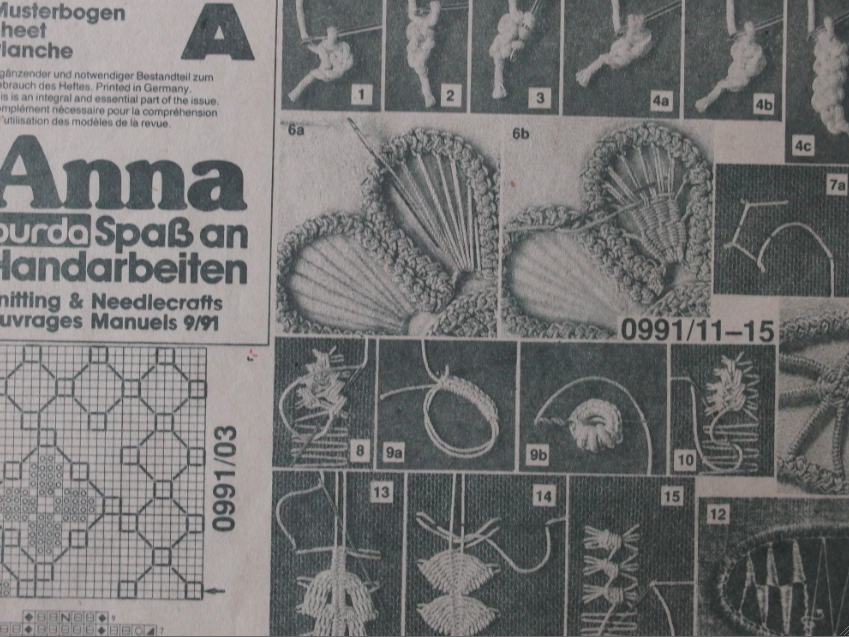 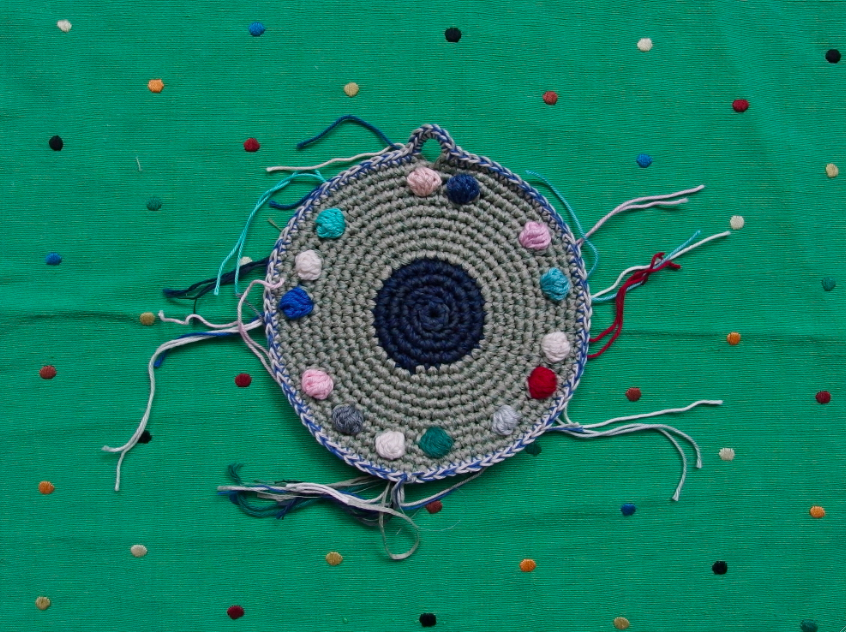