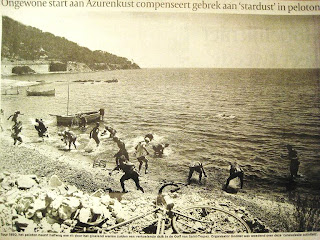 Summer 1950.
I saw this photo in the newspaper the other day, and
i liked it so much that i could't throw it away just like that.
This image reminds me on the beautiful Tati movie 'Les vacances de
Mr. Hulot' and it also gives me the opportunity to reminisce
about the good old days.:)
I used to watch the Tour in the early and mid seventies, not
that a was that interested, but my dad and grandma were pretty
fanatic tour lovers. My grandma even darkened the room
to create a sort of home cinema, and we liked to hear her flood of
observations and curses.
My grandma was wild and we enjoyed her performance.
It was the time of Eddy Merckx.
But this snapshot is taken 20 years earlier. The pack is having a
refreching jump in the Gulf of Saint-Tropez,
very agaist the will of the tour-organizer. He was furious
and called it 'a carnivalesque activity' :)
My grandmother's younger brother, Jos Verhaert,
participated the Tour in 1950, and i have this
little fantasy that he's on this pic and have a plunge
with his teammates. But as i said, it's only a fantasy. 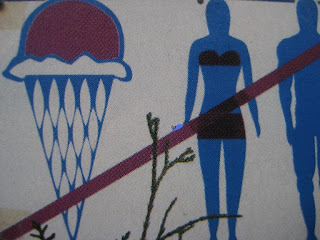 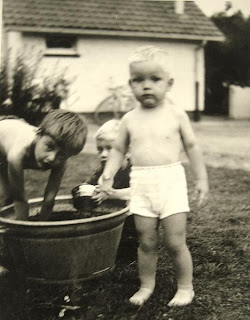 Summer 1964.
Waterplay in sink bathtub, this wasn't Saint-Tropez
but we loved it. We had also a sandbox and a
huge garden .
There was a stretch of woodland in front of the
house and behind our backyard.
From left to right: my sister, Maria-Christina, Angelina, Florentina.
Me, Renilde Emilia Clementina.
My brother, Johan, Martin, Rene. 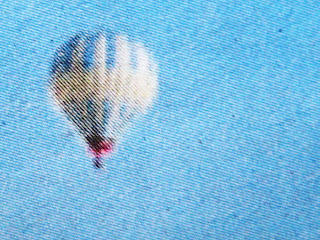 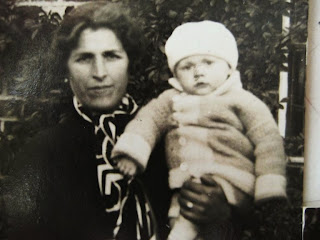 My dad and my grandma.
I like the crocheted ensemble. 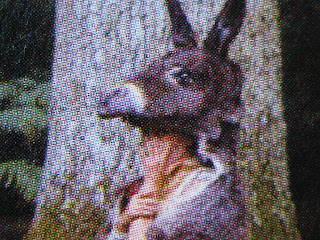 And what about my grand uncle,
he went head over heals back home, because
his wife was giving birth to a son.
Exit Tour
I was hiding two mice in this post.